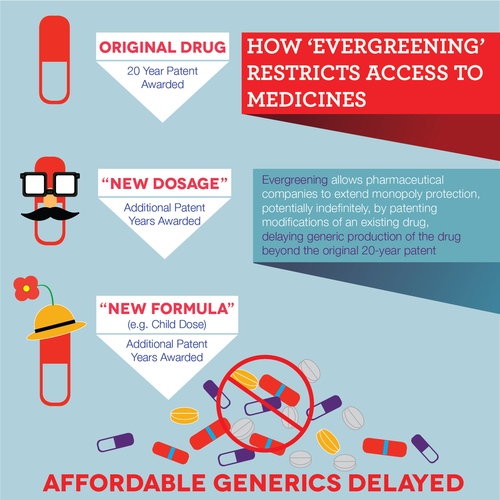 If successful, Novartis’s move would have a devastating impact on access to essential medicines across the developing world, according to MSF, which relies on affordable generic drugs produced in India to carry out its work in 68 countries.

« For six years, Novartis has been trying to browbeat India into changing a part of its patent law that protects people’s access to affordable medicines, not corporate profits, » said Leena Menghaney, manager of MSF’s Access Campaign in India. « The current system in India was designed to prevent drug companies from extending patent monopolies with additional patents on the same medicine. »

Novartis is challenging a part of India’s patent law—known as Section 3d—that says that a new form of a known medicine can only be patented if it shows significantly improved therapeutic efficacy over existing compounds. This is a provision to stop the common industry practice of extending, or « evergreening, » patent monopolies for routine modifications of known compounds.