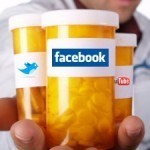 Linda Yarrow, assistant professor of human nutrition and a registered and licensed dietitian, said an increasing number of individuals seeking health information are turning to websites like Facebook to get support and advice in addition to their professional medical care. When used correctly, social media websites may help patients stay motivated and accountable, she said. « The aspect of a support system is so important, » Yarrow said. « That’s why Weight Watchers works. Many people in the Weight Watchers program have probably heard these instructions for years, but it’s being in a support group that works for them. That’s what social media provides. » Out of the 74 percent of adults who use the Internet, Yarrow said 80 percent have looked for health information online. Thirty-four percent of adult Internet users have read blogs or used social media to learn more about a medical issue or find support. While women were slightly more likely than men to use social media for health information, Yarrow said more men are comfortable with it because they don’t have to stop what they’re doing to make an appointment and get information. « Women are typically more health conscious, but it’s taking off and growing with both genders, » Yarrow said. « People are more willing today to share information online than ever before. This is valuable; they’re finding support. » The majority of individuals seeking online information or support are those with weight loss concerns. Yarrow said this form of assistance is especially appealing to this group since health insurance typically does not cover weight loss care alone and use of social media is generally free. Yarrow, who also works as a registered dietitian in Clay Center, Kan., said these support groups typically come in the form of Facebook page, a series of YouTube videos or blogs. While nothing can replace the care of a professional provider, Yarrow said online support groups can provide connections to others who are dealing with the same issues. « On Facebook, a woman recently posted that she was ready to quit her walking program after one week, » Yarrow said. « Within 10 minutes, she had been invited to other support groups, had an invitation for a walking buddy and an invitation to join a water aerobics class. It’s instant support. » Yarrow added that if this woman had only been involved in a program that physically met once a week, she may have had to wait six days and have given up. Using social media for health-related support also provides opportunities for accountability, Yarrow said. Some health sites, such as MyFitnessPal, allow users to record their daily food intake and share it with friends. Yarrow said having others monitor progress can lead to success in accomplishing health or fitness goals. « Slowly, this is going to help individuals take better care of their health, » Yarrow said. « It’s a slow process, but it provides accountability. » Yarrow emphasized the importance of seeing a health care professional in conjunction with support groups, especially for critical illnesses. Users must also be aware of misinformation, especially in consumer-run groups. « It’s possible to follow the advice of someone on Facebook and end up in the hospital, » she said. « But I’ve noticed that the users are savvy. They bring up research articles to each other, and even if they’re not always valid, at least they’re pointing something out to each other. As professionals, we have to decide how to guide the information and help prevent inaccuracy, but we can’t prevent it from coming in. » She added that more health professionals are seeing the benefits of online patient care. « It’s an inexpensive way to reach a lot of people at one time, » Yarrow said. « It’s especially great for entrepreneurs who want to grow their business. It’s a hot topic. » Provided by Kansas State University search and more info website