Medigo Picks Up $6.2M Led By Accel To Take Its Medical Tourism Marketplace To The US And UK #doctors20 #digitalhealth 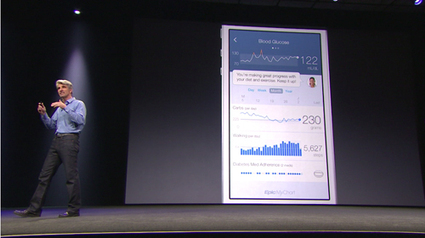 More than five years ago, Apple sold consumers on mobile applications by telling them no matter what they want to do, “there’s an app for that.” The same couldn’t be said for healthcare providers and patients.

Last July, there were more than 1.5 billion apps in the iTunes and Google Play stores combined. Less than 2% of them—fewer than 28,000—were classified as medical, according to the publication iMedicalApps.

But thanks to FDA’s risk-based regulatory framework, announced in September 2013, and predictions that the market for mobile medical apps could grow to 26-billion users by 2017, more companies are starting to try their hand at mobile medical apps.

“2014 was the year of the app,” says Steve Wilcox, founder of Philadelphia design firm Design Science.

Consumer tech giants Apple, Google, and Microsoft grabbed headlines with platforms that enable more health and fitness app development, while several traditional medical device companies launched notable apps as well. One is Dexcom’s Follow, which is used in conjunction with a docking cradle to enable diabetics to share data from their continuous glucose monitors.