Impact of Interactive Web-Based Education With Mobile and Email-Based Support of General Practitioners on Treatment and Referral Patterns of Patients with Atopic Dermatitis: Randomized Controlled T… 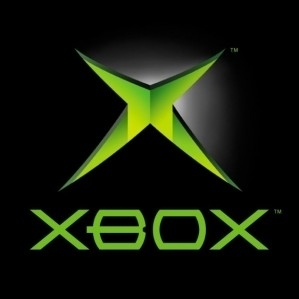 Healthcare organizations are rapidly trying to reinvent themselves in light of the new rules of the game. One could argue it officially started October 1st of this year with Medicare’s readmission penalties. People are calling this the “no outcome, no income” era. While it may look the same from the outside, I can’t think of a bigger change facing an industry. Almost overnight, what a healthcare provider was previously rewarded for (e.g., ordering tests, hospitalizations, etc.) they will now get penalized either directly or indirectly.

In my role introducing patient relationship management systems, I’ve had the opportunity to speak with and observe many “Innovation” organizations that have been set up in virtually every health system in the country (and most health plans and pharma as well). The innovation groups have been established to respond to the daunting changes their organizations are facing. I’ll draw an analogy to distinguish two approaches to tackling a changing industry landscape. Having spent the 90′s at Microsoft, I saw two major efforts to push into a new areas with MSN and Xbox where the rules of competition were radically different. In the last 15 years, I’d argue Xbox is one of only two stand-alone successes Microsoft has had (the other is Expedia). This, despite spending billions on MSN. Unfortunately, I am observing most healthcare providers choosing the path MSN took.

Innovation Through the Filter of Existing Operations Ensures Failure

Let me describe what happened with MSN and you’ll find it has striking similarities with what most health systems are doing today. That is, applying old strategies in a new landscape where the rules are very different.

Microsoft’s Achilles Heel in online services was that it’s historic success was putting laser focus on an established competitor. That’s fine when there is a WordPerfect, Lotus or Mac who has already developed a market.

The challenge is it’s hard for a big company to take seriously a new market segment when its initial revenue impact is a tiny fraction of their existing business. Microsoft, after all, was in the search business well before Google was founded. However, since Search didn’t appear to have much impact on gaining marketshare in the ISP business, it didn’t get sufficient focus until it was too late. Through the ISP lens, Search didn’t have much effect, but that viewpoint blinded Microsoft to the massive opportunity Search became.

Interestingly, there was a short period of time where MSN’s advertising business was off the radar of Microsoft’s senior executives (they were focused on MSN as an ISP trying to build an “AOL Killer”) and thus was unshackled. During that time, MSN’s ad business became a billion dollar, profitable enterprise. Shortly after abandoning the ISP business, MSN’s fate was sealed when it was infused with former Windows and Office leaders. Those two businesses, as two of the most successful franchises in the history of business, have continued to fund Microsoft’s online services losses. However, bringing in Windows and Office leaders shackled MSN with thinking that these businesses were applicable to MSN’s business. Many of MSN’s decisions were put through the lens of Windows/Office. It became a running joke about how many times one would hear “this is just like Windows/Office” come from the Windows/Office alums. Actually, what it takes to succeed in Internet services has almost nothing to do with Windows/Office. If it did, you’d see a bunch of Windows/Office alums leading Google, Facebook and Twitter…