Can Mango Health succeed where others have failed? | mobihealthnews

Why does a twittering doctor tweet? The #ASME2012 presentation 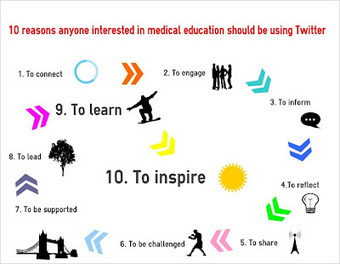 preparing for a seminar on medicine and the media- thinking about health 3.0″

I was invited to join Twitter by a friend who works in IT. It just happens that at the time I was still at work thinking about a teaching session so my first tweet has quite a strong medical education flavour.

Like many people I wasn’t sure what to actually make of Twitter after this and I left it for several months until I went to two medical education conferences and decided that social media could serve a purpose for me.

But I’m not a techno-evangelist. I believe we have to be very careful about how we use technology and to consider how it impacts on relationships.

If you google web 2 (a term for newer social technologies including social media) sceptic then the top result is actually about me, because I have disputed with other doctors in the past that these technologies are having any impact on our clinical practice. And I am still uncertain about this.

However I am certain, and have decided that I can allow myself to be evangelical, about the benefits that can be had for anyone who is at this conference and is therefore interested in improving medical education. I started becoming aware of this a short while after starting my own blog in October 2008 which is why in 2009 I gave a presentation at [the Association for the Study of Medical Educaton Annual Scientific Meeting] ASME about how social media and networks could develop and support scholarship in medical education. However, this did not lead to the expected paradigm shift in scholarly communication. So I have decided that I might need to be a little more direct with you this time. And this is why I am going to give you 10 reasons why you should be on Twitter now.’