For Health, People Consult the Internet Over Doctors 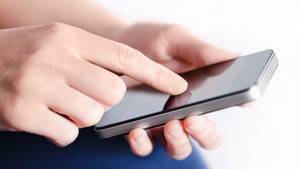 Smartphones, tablets and other gadgets of the digital age have the potential to transform the relationship between doctors and their patients – for the better, says a prominent American researcher in the fields of cardiology and genomics.

“There is a new-found capacity of any individual to drive the search for their own health information. That was never previously possible,” said Dr. Eric Topol, author of The Creative Destruction of Medicine: How the Digital Revolution Will Create Better Health Care, which was published this year.

Topol noted that physicians traditionally controlled patient access to medical tests and they were also responsible for interpreting the results. Now, a new wave of smartphone apps and digital devices will make it possible for patients to monitor their own vital signs.

In a recent interview, Topol pointed to miniaturized ultrasound equipment that can continuously scan the heart. Linked up to a smartphone, “you could wirelessly send the video loops [to a specialist] to interpret,” he said. Or better still, a smartphone app could make a diagnosis.

“The smartphone and the tablet are basically equivalent to the printing press in the 1400s. It’s a kind of a medical Gutenberg,” said Topol, director of the Scripps Translational Science Institute in La Jolla, Calif.

The old medical order, which is characterized by escalating costs, needs to be swept away to make room for digital innovations that put personal health information directly into the hands of patients, he said.

Some doctors will feel threatened by the loss of power, Topol said. But, in the end, relations between doctors and patients will be improved. “It will be a partnership, one where the doctor’s role will be to guide the patient who has all this information about himself or herself.”