Finding The Doctors Your Doctor Trusts 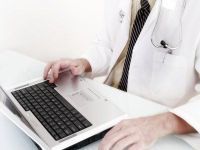 study has suggested that GPs in Britain are among the world leaders in the use of health information technology.

The survey of family doctors in the 10 world’s most developed countries found GPs in the UK were the most likely to use health information technology in their work.

The findings, published online in the journal Health Affairs, were from a survey of 8,500 primary care doctors in Australia, Canada, France, Germany, the Netherlands, New Zealand, Norway, Switzerland the UK and the US.

Researchers from the Commonwealth Fund in the US asked doctors about their use of health information technology and found that more than two thirds of UK GPs said their practices had multi-functional capacity including the ability to order prescriptions or diagnostic tests online, manage patient lists and to generate patient information electronically.

In Australia and New Zealand the figure was about 60% but only 27% in America.

In the UK, 97% of GPs said they used electronic medical records, compared with just 69% in the US, while 84% of UK GPs routinely reviewed data on clinical outcomes. More than half (56%) said patients could request repeat prescriptions electronically.

Health secretary Jeremy Hunt said he was pleased with the findings from the survey showing the use of technology by GPs in the UK.

He said: “I have set out in the NHS Mandate that I want all patients by 2015 to be able to book GP appointments, order repeat prescriptions and talk to GP practices online. This will help people better manage their health and care.”