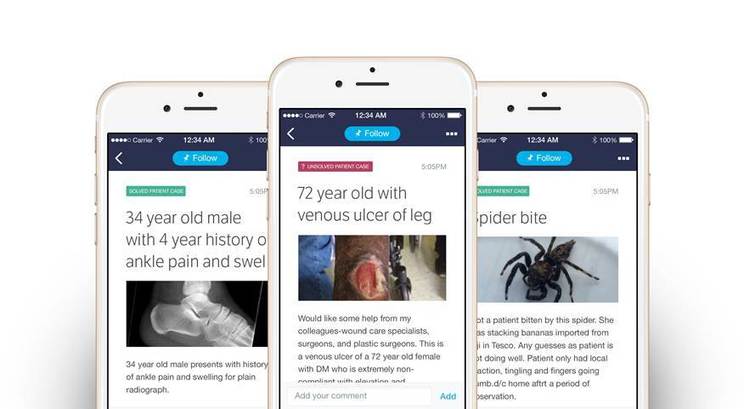 the leading social network for doctors with more than 340,000 members across the US and UK, announced its latest international expansion, opening its doors to Canada’s 77,000 physicians. The Canadian expansion follows SERMO’s international UK launch in April. SERMO is well on its way to becoming the largest global medical social network exclusively for physicians. SERMO also has plans to roll out in Australia, Ireland, New Zealand and South Africa over the next few weeks.

SERMO is a virtual doctors’ lounge, teaching hospital and international medical conference all in one. Doctors gather in this unique online meeting place that facilitates authentic discussions, virtual learning and medical crowdsourcing. Medical crowdsourcing is a disruptive new healthcare phenomenon which enables doctors to pool their collective wisdom online to solve patient cases. It works particularly well on SERMO versus other social networks due to its large, now expanding international membership.

SERMO relies on world-class identity verification to validate a member’s identity.  This, combined with a robust credential verification process against multiple sources, ensures that SERMO maintains the integrity of its exclusive global physician community. On SERMO, doctors can choose to maintain their identity or to be anonymous. Most doctors choose anonymity, enabling them to safely voice their opinions and to seek and share clinical input with their peers without fear of repercussions.

The Canadian market is ready for an international social network

Dr. David Schindler, a Canadian physician, echoes the value of virtual collaboration with peers, “Medical knowledge can be very isolating. Yes, medical breakthroughs happen every day, but that doesn’t mean every doctor has access to these innovations. I think SERMO can change that. With a click of a button, doctors can tap the wisdom and experience of thousands of doctors. There’s comfort in seeking a second opinion from your peers when you’re faced with a tough medical decision. No one likes making decisions alone – especially when a patient’s life is on the line.”

When doctors need to make tough choices, they rely on the wisdom of their peers

Medical crowdsourcing has already helped improve and save patients’ lives. Most doctors believe medical crowdsourcing, i.e. tapping into the collective wisdom of doctors via an online channel, has the potential to transform the way medicine is practiced.

Doctors readily admit that medicine is an art form and that many of their clinical decisions fall into a “grey zone,” an unclear space where physicians have several clinical possibilities and must make a judgement call to solve the case. A recent SERMO poll with 3,420 doctors found that the majority of physicians reported that at least 20 percent (1 in 5) of their patient cases were in the grey zone.

Until now, doctors haven’t had a virtual channel to collaborate across borders. With differing medical practices across the globe, the ability to exchange medical wisdom with speed and security in a doctors-only social network is highly valuable for doctors and potentially life-changing for patients.

“Practicing medicine in today’s fast-paced world is extremely complex and having a direct line to other experts for tough patient cases is an important resource,” said SERMO CEO, Peter Kirk. “Canada has a conservative perception towards social networks but now, with a secure and anonymous physician-only network, Canadian doctors have a place to practice ‘safe social’ and connect with each other and international colleagues.”

Thousands of doctors in the U.S. have already experienced and benefited from the power of medical crowdsourcing. For example in 2014, 3,500 challenging patient cases were posted by doctors in the U.S. These cases were viewed 700,000 times and received 50,000 comments. Most patient cases get responses within 1.5 hours and are resolved within 24 hours. In May 2015, a general practitioner posted a photo of a mysterious branch-like mass on SERMO and reported that a 14-year-old boy had coughed it up just the day before. After tapping SERMO’s network, the community correctly identified it as an extremely rare and deadly case of plastic bronchitis, a diagnosis that ultimately saved the boy’s life.

Even diseases themselves are becoming global. Dr. James Wilson, an American SERMO member and Ascel Bio infectious disease forecaster based out of the University of Nevada-Reno, said, “Ebola and the recent measles epidemic have shown us that disease outbreaks have no borders. Communication has always been vital to the practice of good medicine, but with the increased levels of global travel and human interaction, communication between doctors in the face of the next global health crisis will not only be of utmost importance, it could be the key to saving lives on a truly massive scale.”