Patient Participation Required by Vasculitis Research in the UK 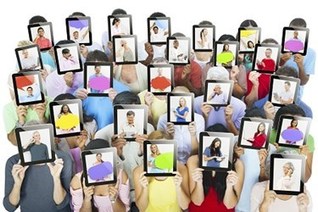 As in all healthcare domains, social media can play a critical role when it comes to clinical trial planning, execution, and optimization.  There has been a huge increase in awareness of and engagement with clinical trials in the social sphere; in fact, according to data from health consumer insights firm Treato, over half of the 300,000 patient posts available online today about clinical trials were published in the last six months.

Today, patients check in on the Internet and share their experiences about everything that is important to them, and health is a huge part of that. Clinical trials are no exception. Social media has opened the door for patients and researchers to understand what is happening in real-time within a trial.

Even though social media and clinical trials may not appear to be highly compatible because of participant limitations, social media can be a valuable tool for clinical researchers and marketers before, during, and after the trial.

Before The Trial: From Clinical Development Strategy To Effective Recruitment

Early on, as part of the clinical development strategy, researchers need to determine the market opportunity for a given molecule.  A particular molecule could be relevant to a variety of conditions.  For example, the same medication could alleviate symptoms of MS, skin cancer, and diabetes. To understand the best route for a clinical trial, researchers should be adding insights from the social sphere to the decision mix to understand the patient journey, competitor landscape, and strengths and weaknesses of current treatments on the market.  This allows researchers to understand what is needed to become a key player in a specific space.  It may also help in identifying “white spaces” and new opportunities.

While physicians remain the number one referrer to clinical trials, social media is also a huge area of opportunity to recruit participants.  Through deep analytics that sift through millions of patient conversations online, one can learn a lot about and identify patients who are a potential fit and reach out to them. New segments of patient populations not considered previously may arise from such an analysis, expanding the pool of target individuals as well as impacting channel selection. Recruiters can use health consumer destinations as well as analytic services to determine which destinations are the most heavily trafficked for the target population. These findings will help inform companies which sites will be best for ads to recruit patients. Patients are also digitally segmented by conditions making them easily accessible online. An example of an organization doing this well is the Michael J. Fox Foundation, which has a tool on its site to find Parkinson’s clinical trial candidates. This strategy is a great way to preliminarily vet potential candidates before making contact with them. This can be a supplemental strategy to using sites such as ClinicalTrials.gov that are dependent on patients finding any given study.

Social media can also play a key role in the decision process of where to locate a clinical trial.  It’s estimated that almost half of all cancer patients live more than an hour away from the nearest clinical trial center. Social media can be leveraged to understand where clusters of patient conversations are happening online. This data is particularly useful when conducting a trial for a rare condition in which patients can be hard to find. Geographical data can be analyzed to understand what medical centers are nearby and can meet the needs of the trial that are also easy for the target patient populations to commute to.

During The Trial: Optimize Trial Operations

During a clinical trial itself, concerns have been raised about patient participants sharing their experiences online. It’s difficult to prevent this from happening. Even when participants are asked to keep their responses to treatments to themselves, many cannot help but share in their usual health forums — Facebook or Twitter — what treatment they are on, if they are feeling better (or not), oh and by the way, who else is taking this treatment and can we compare notes?  This is helpful to understand patients’ experiences of the logistics and complexities of how the trial is being run (blinding concerns aside) which can also be addressed using technology. Examples of logistical hurdles and other trial-related insights that can be gleaned from social media include the challenges of commuting to get the treatment, the size of the pill or other attributes relative to the product itself and its method of application, investigator attitudes, provision of misinformation, or inappropriate procedures.

Using Treato’s intelligence platform, Treato IQ, we took a closer look at what patients are saying about ongoing clinical trials. Across the board, 4 percent of patient discussions of clinical trials mentioned that the patient would like to join a clinical trial.  While this seems like a very small number, it’s actually a considerable base of underserved patients from which to draw from for future trials.

The largest segment of clinical trial discussions are related to news or other publicity that consumers see about the drug trial and want to share with others. For example, when we investigated online discussions about PCSK9 inhibitors — the highly publicized, newest class of cholesterol drugs recently approved by the FDA — the vast majority (82 percent) of all discussions were related to news about the drugs or trials. For example, patients took to the social media channels posting statements such as, “This is really good for someone like me who has PCSK9 gene mutations and cannot clear out all the cholesterol I make.”

When Cosentyx, a recently approved psoriasis drug, was still prelaunch, 19 percent of all discussions mentioned patients participating in a trial, and another 7 percent were about those entering the trial. Pre-trial patients were looking for advice from others about their personal experiences in order to help them make a decision of whether to join. Out of the patient posts that said they were in the trial, 43 percent reported a beneficial effect, and 21 percent reported side effects. These insights are helpful to researchers determining the success of a clinical trial as it provides them with a second set of data on patient experiences. This data is also important to a competitor assessing the potential threat of this new drug entering the market. These are the types of crucial figures that a pharma research and marketing team needs as it prepares to roll out the drug, post-approval. It could be useful to dig even further into posts that express an opinion in order to learn the specific benefits patients felt they gained or what side effects they felt were most prominent. This type of market research can help uncover patient language to use in a drug launch.

For Orkambi, a drug for cystic fibrosis that was approved on July 2nd, 2015, 20 percent of the posts prior to its approval were about people waiting for the drug approval, and 16 percent were about waiting for trial results. Of the patients who said they were participating in the trial at that time and sharing their experiences, 58 percent reported beneficial effects of the drug. It is also interesting to note that the number of online discussions about this drug in trials more than doubled from 2013 to 2015.

While social media may be seen as a threat to the traditional operating procedure of trials, it should be embraced as it could play a critical role in a larger clinical trial planning, recruitment, and management strategy. It is estimated that clinical trial delays for anticipated blockbuster drugs can cost up to $8 million a day. When trials start on time and are better optimized, they lead to quicker approvals and better patient care.