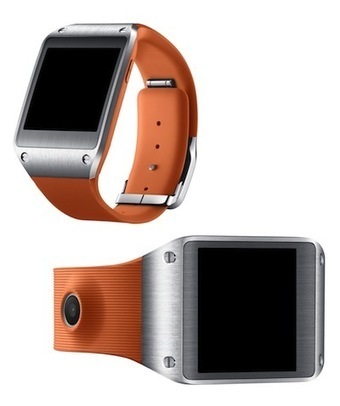 Samsung has announced that its Galaxy Gear smartwatch will launch with 70 native apps — 12 of which were officially revealed by the company on launch. Of those 12, two are fitness apps RunKeeper and MyFitnessPal. The two apps, which recently announced an integration with each other, will allow users to track fitness and nutrition, respectively, from their wrists.

RunKeeper is not a surprising choice, given that the developer has already been building a smartwatch version of its popular app for the Pebble smartwatch. Details about the new integration are sparse, but RunKeeper did make a post about it on its blog.

“Providing you the guidance you need–when you need it–is something we’re very passionate about here at RunKeeper, and is why we’re so excited to be part of the Galaxy Gear,” the company wrote. “The watch directly syncs with the Samsung Galaxy Note 3 phone, and displays your time, pace, and distance continuously on your wrist, as well as the content of RunKeeper audio cues. That means you can get a constant stream of the stats you care about, without having to fumble for your phone (or wear headphones, if you chose not to!).”

The MyFitnessPal app will allow users to monitor a daily summary of calories remaining, diet and exercise on the Galaxy Gear’s screen. It will also make use of the camera built into the watch’s strap, allowing users to log foods in their MyFitnessPal food diary by taking a picture of the barcode. Finally, the app will turn the Galaxy Gear into an activity tracker, using the device’s accelerometer to automatically update the exercise diary in the MyFitnessPal app.

Going by self-reported user numbers, RunKeeper and MyFitnessPal are two of the most popular fitness apps, with 22.5 million and 40 million users respectively.