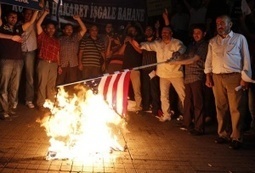 People with chronic lung disease who have trouble grasping health information more often end up in the emergency room than their savvier peers, a new study shows.

Earlier research has shown low « health literacy, » a common problem in the U.S., is tied to worse outcomes in diabetes and heart failure. But it hasn’t been clear if that’s the case for chronic obstructive pulmonary disease, or COPD, as well.

« This was the first systematic analysis to demonstrate in COPD that lower health literacy is associated with worse outcomes, including hospitalization, » said Dr. Theodore Omachi of the University of California, San Francisco, who led the work.

COPD includes various lung diseases that cause breathing problems, such as emphysema and chronic bronchitis. It’s the third leading cause of death in the U.S. and killed about 126,000 people over age 25 in 2005, according to the Centers for Disease Control and Prevention.

For COPD in particular, he added, knowing how to use inhaled medications and recognizing when acute medical attention is needed can be challenging, especially for people who have trouble reading hospital material or getting information about their condition.

Omachi and his colleagues used survey data from 277 patients with self-reported COPD to see if their health literacy was tied to their disease outcomes.

Health literacy was measured with questions such as « How confident are you filling out medical forms by yourself? » and « How often do you have problems learning about your medical condition because of difficulty understanding written information? »

The findings are published in the Journal of General Internal Medicine.

The researchers found patients who scored in the lowest third for health literacy felt more helpless when it came to their disease and had more severe COPD than those scoring in the top third.

Overall, 14 percent of the patients said they had visited an emergency room and eight percent had been admitted to the hospital due to their lung disease in the year leading up to the survey.

It’s not certain that lower health literacy itself is causing patients to fare worse, but the findings couldn’t be explained by differences in education and income, said Omachi.

By ignoring the impact of lower health literacy, « we may in fact be missing out on a lot of effective interventions, » Omachi said. « It really gives justification for investing resources in COPD self-management training. »

According to Omachi, UCSF has started training hospitalized patients with COPD in how to use their inhalers.