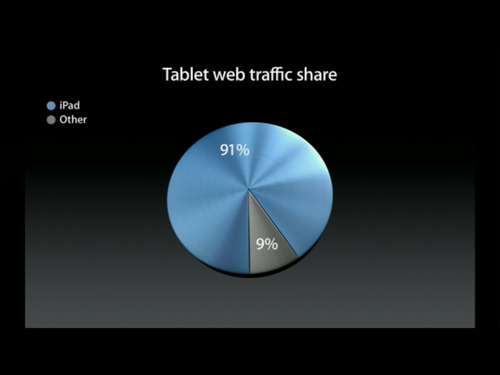 Apple released an impressive figure at the iPad mini keynote on 10/23. 91% of Web traffic on tablets would be coming from the iPad.

But later on this week, Strategy Analytics firm released some data based on Apple’s earning calls showing that the iPad market share fell from 65% a year ago to 57% in Q3 ’12 – Android now being an impressive 41% (and Microsoft close to non-existant if you want to know).

So the obvious conclusion (and Tim Cook’s point) would be that Android tablets are not that good and not being used that much. Or would that be that they are used in a more offline manner? I could see an argument being made around that with book reading on the Kindle Fire.

One way or another, we don’t quite live in a monopolistic market anymore.