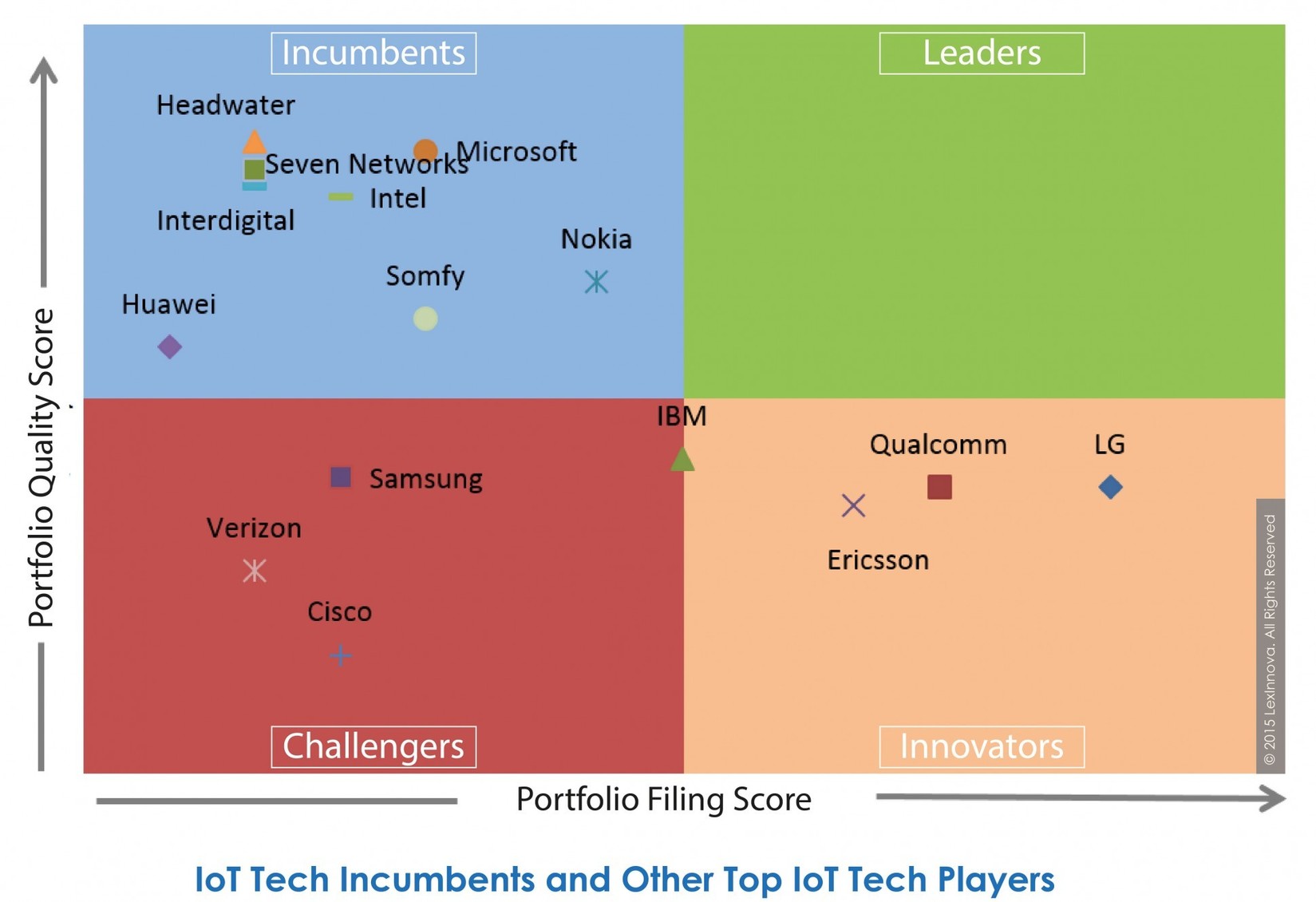 Internet Of Things: IoT Tech Landscape And Rankings – New Report One of the most important aspects of any tech analysis is analyzing which players have quantifiably demonstrated their tech leadership in the relevant technological fields.

Now you too can see with greater clarity who is a trying to be a winner, patent strength will be a key lynch pin in the new IoT frontier.  Kinda funny, or not depending on your p.o.v., that none of the incumbents, let alone the rest, don’t seem to be able to create effective patents to garner important IP space to get their profitability and market segment share.

The metrics in this report are based on granted U.S. patents and inventions for which U.S. patent applications are pending.  These patents include those invented in-house and those acquired by assignment from third parties. The Portfolio Filing Score on the X axis is a metric of the total number of issued and pending IoT patents by company.  The Portfolio Quality Score on the Y axis is based on LexInnova’s proprietary algorithm that adapts the methodology set forth by Mark A. Lemley, Kimberly A. Moore, John R. Allison, and R. Derek Trunkey in their research paper, “Valuable Patents” to calculate the quality of inventions.   The IoT Tech Incumbents are “players which have a good patent portfolio in terms of quality but miss out on the filing front.”  There is currently no company in the Leadership quadrant (green), due to lower numbers of patent filings relative to some of the higher-filing players (shown in the orange quadrant). However, according to LexInnova’s analysis, Nokia, Somfy, Microsoft and Intel are poised to move into the Leadership quadrant if they increase the number of high-quality patent filings. Also, Ericsson, Qualcomm and LG have the highest number of filings relative to the group, but relatively lower portfolio scores, which kept them from qualifying for placement in the “Leaders” quadrant under the analytics used in this report.