House bill would force FDA to ease up on social media 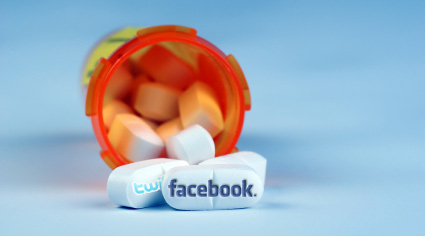 A Missouri congressman wants to know why the pharma industry is sitting on the sidelines of social media. Actually, Rep. Billy Long (R-MO) has an idea why–and he’s proposing legislation to change it. He recently introduced H.R. 2479, which would force the FDA to let pharma share more info about its products online.

Long was working on the 21st Century Cures Act, aimed at speeding up drug development, when he realized that pharma is largely missing in modern social media. He believes the agency’s current regulations discourage drug companies from publishing content online.

« It is now the norm to go online, whether on social media or other online platforms, and find needed information on just about anything, » Long said in a press release about his new bill. « This bill would simply push FDA to update its regulatory approach to communications to keep up with today’s technology. »

He also knows personally the frustration of searching for healthcare information online after his daughter was diagnosed with Hodgkin’s lymphoma last year.

A key component to the bill is allowing pharma to use hyperlinks for risks and benefits, something the FDA has ruled out so far. That’s a big problem on Twitter ($TWTR) where the 140-character limit presents a practical impossibility to laying out full risks and benefits. The FDA’s social media draft guidelines last year included the edict that every brand-oriented communication, tweets included, has to include risks and benefits.

« Nowadays, we consider ‘ready access’ to be anything we can pull up as we think of it on our smartphones and on the internet and definitely on social media. But those who have the best information, the drug manufacturers, cannot communicate information in ways people will see it easiest, » Cole Karr, Long’s press secretary, said in an email interview. « In the 21st Century, it is time to update that. »

The bill is currently in the House Energy and Commerce Subcommittee on Health of which Long is a member. Long is « optimistic that the bill will move within the committee and the House, » Karr said. Support from the bill has come from both pharma and the medical profession, he added.