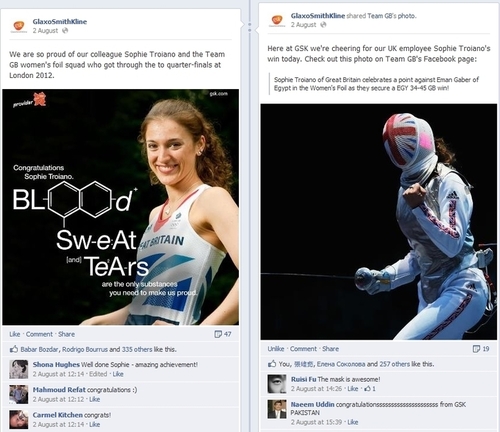 In 2008, British athlete Jessica Ennis faced one of numerous setbacks in her sporting career after injury kept her out of the Beijing Olympics. In the run-up to the London 2012 Olympics, she worried that further injury would end her hopes of competing in the Games.

Yet fear of injury and past setbacks did not prevent her from winning the gold medal in the heptathlon, breaking records on the way.

It is a similar story for some pharmaceutical companies in social media. The path taken by pioneers of new digital channels is well documented by Healthcare Engagement Strategy and includes setbacks, lessons learned, and challenges overcome. It also includes the triumph of seeing great business and health outcomes – the best are recognised each year in the Healthcare Engagement Strategy Awards, each of which leaves a legacy of great practice and lessons learned.

Last year I wrote in pharmaphorum about GlaxoSmithKline’s Facebook page, pointing out that the company was one of a very few deliberately engaging consumers in two-way dialogue, even before Facebook made open walls mandatory. The page was in its infancy, yet displayed a systematic approach to engaging and responding to comments. I suggested then that it provided a platform for testing a two-way engagement model that would surely be at the heart of pharmaceutical corporate communications well into the future.

Eleven months have passed since my last review, representing a long time in the digital age, with much water under the bridge. GSK’s role as partner to the London 2012 Olympics provided the setting for a major advertising campaign by the company which includes television, print, outdoor and digital media. Assets created for the advertising campaign were also deployed across GSK’s social media channels including its Youtube channel, Flickr photostream, Twitter profile, and Facebook page.